These days, people in their leisure and free time want to play games on their iPhones. Fun games can help you beat boredom, whether you’re trapped in a line at the airport, waiting in an airport, or just need to recharge. But since multiplayer games have become more popular, most games now demand an internet connection, which is undesirable if you have a meager data plan or live in a spot with a poor connection. Or, there are times when you are going through a certain place where your internet doesn’t work. Well, you don’t need to worry as we are going to mention the best offline games for iPhone.

Another offline iPhone game you should look at is Soul Knight. This game is available for free, which immediately heightens its charm. If you enjoy roguelike games, you will enjoy Soul Knight because it is similar to them. Your task is straightforward. It is that you must recover a magical stone that aliens have taken. You may have a lot of fun shooting aliens, exploring dungeons, and other things in the game.

There are numerous unique heroes, over 120 weapons, and other things for you to play with. You may also acquire weapons to increase your loadout. Because it’s so simple to play, you won’t get frustrated trying to figure out how to play, which is one of the reasons I enjoy playing this game on flights. 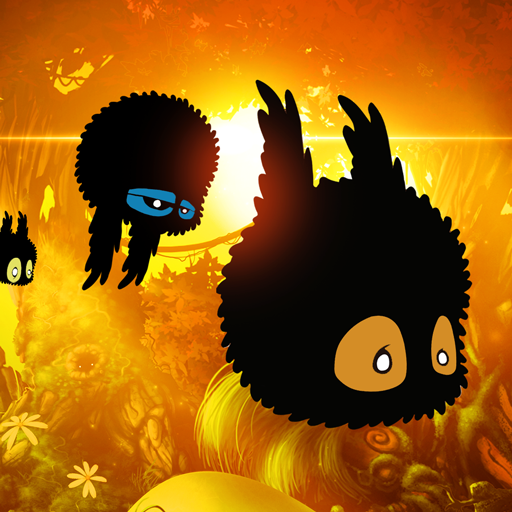 The puzzle platformer Badland has a special twist on it. With the aid of a rotating cycle, players lead a small creature known as a clone through the woods. Each of the four cycles—dawn, noon, dusk, and night—has its own color scheme and special traps. As the level increases, night cycles in the game frequently have more difficult traps. It is one of the best iPhone games that don’t need wifi.

The same idea is present in Bandland 2, although fresh strategies are used. Water, liquids, flamethrowers, cold magma, and other new dangers must be avoided. Players can compete in a challenge mode in Badland 2 to go up leaderboards. 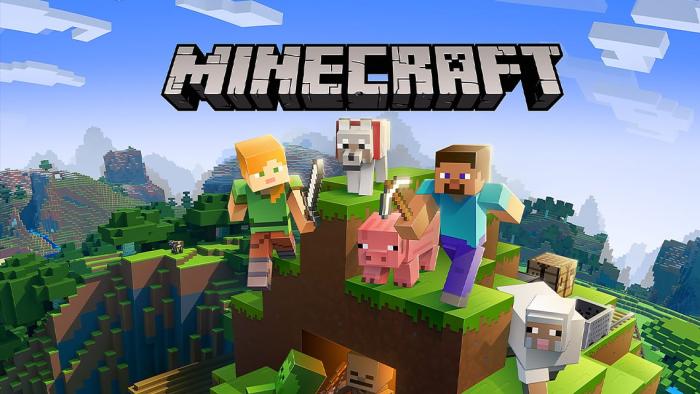 Are you sick of constantly seeing platformers and puzzle games? Then you can stretch your creative muscles with Minecraft. The game can be played totally offline, however, it does have an internet component. Create a modest farm for yourself amid the grasslands and make an effort to survive in this blocky environment.

The game’s most recent update, titled “Village and Pillage,” added a number of new features. Since its release on PC in 2009, various upgrades have made the game’s universe more interesting and worth exploring. 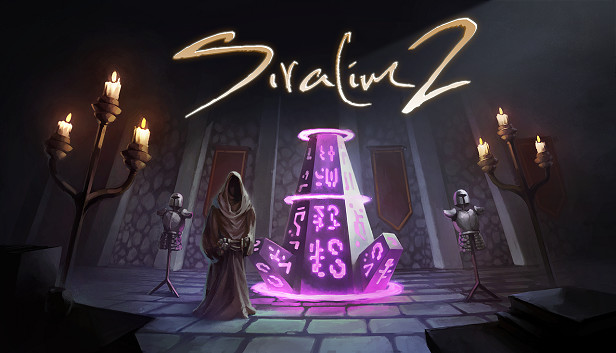 Do you enjoy taming monsters? Do you enjoy retro games? If so, Siralim 2 is a game you ought to have in your collection of iPhone offline games. You can train hundreds of monsters in Siralim that you can call upon to fight for you. You can explore the game’s never-ending dungeons with the aid of your monsters. Additionally, there is no level cap, so theoretically you could play this game indefinitely.

There are around 600 monsters that you can tame, but you can also breed them to produce more monsters for yourself by getting them to lay eggs. To unlock more tasks and much more, equip spells, construct equipment, and develop your castle. The finest iPhone game for airplane mode is Siralim 2, thus I highly recommend it. Also, it is one of the best iOS offline games. 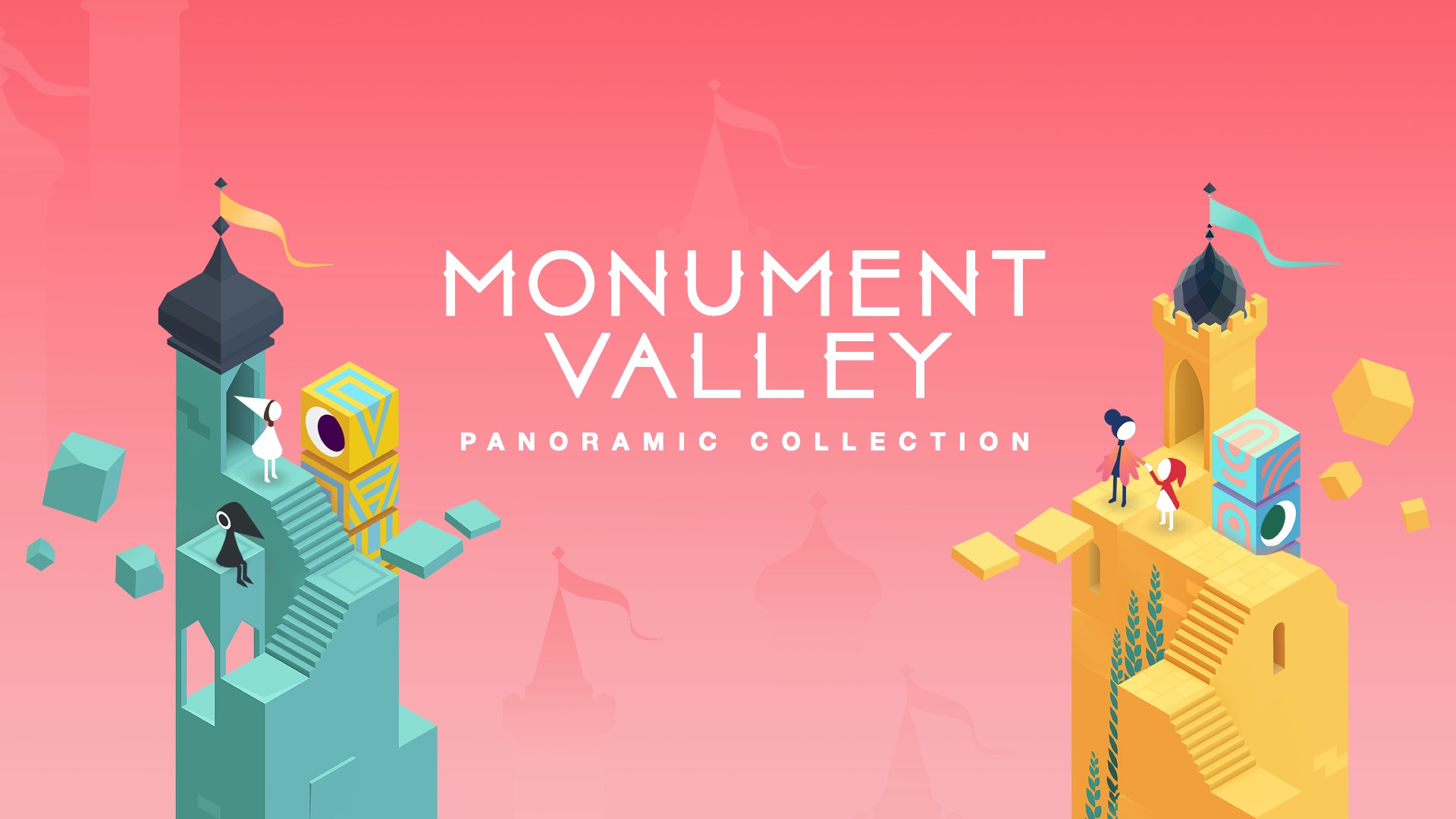 Have you ever been intrigued by one of MC Escher’s seemingly impossible paintings? That is the entire premise of the independent puzzle game Monument Valley, which was created using the Unity engine. You take on the role of Ro, a little girl who explores vibrant buildings and works out challenging problems. Your main tool is the ability to alter the screen’s perspective, which opens up new routes.

This game is one of the most exciting and immersive experiences you can have on your phone, and you can play it totally offline owing to the stunning visuals and enigmatic atmosphere. There’s a chance you won’t ever need the internet again. 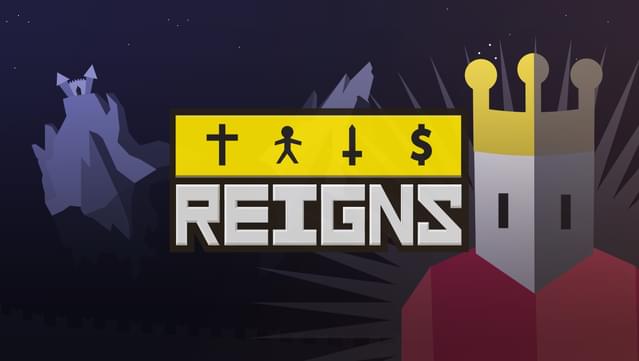 Reigns are the game for you if you enjoy Game of Thrones and want to test your management skills. Players assume the role of a medieval king who must maintain balance among his army, subjects, religion, and finances. Similar to Tinder, players make decisions by swiping a card left or right. 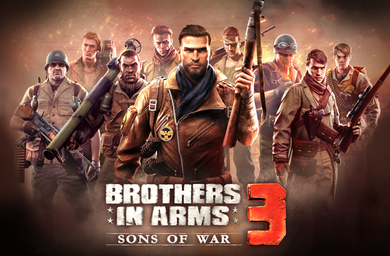 You are stationed in Normandy to combat German soldiers following the disastrous D-Day invasion. As you go through the single-player game, you will get access to additional weapons, upgrades, and even ‘brothers’ who will battle alongside you. Each of these brothers possesses unique skills that can shift the tide of battle in your favor. This game’s diverse mission selection is one of my favorite features. From ‘Assault’ missions where you take on your foes head-on to ‘Stealth’ missions where one false move might result in a failed mission, BiA 3 never fails to wow throughout its campaign, and it’s a fantastic iPhone game that can be played offline. 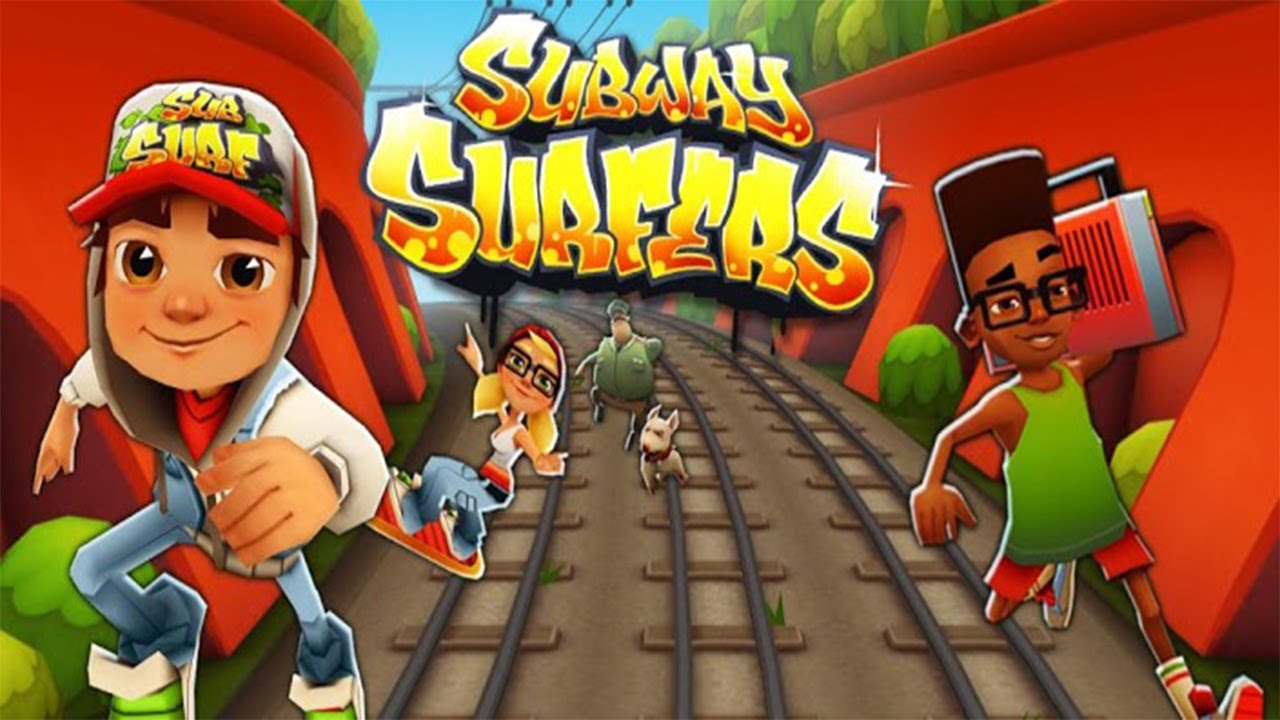 Subway Surfers is the type of video game that has never failed to excite users. Despite being relatively easy to play, the game of infinite running has thought of everything to keep you guessing. As you may have guessed, the objective of the game is to sprint as quickly as possible while avoiding obstacles.

With its fast-paced acrobatics and responsive controls, Subway Surfers appears to hit the ground running. Moreover, the stunning HD graphics ensure that the visual enjoyment is uninterrupted. Add to that a plethora of cool rewards, and it appears that the game is suitable for infinite running.

The fast-paced swipe acrobatics is one of my favorite aspects of Subway Surfers because they are crucial to maintaining the game’s exhilation. Yes, the paint-powered jetpack has also captured my attention equally. Overall, it is one of the coolest free offline iPhone games available. 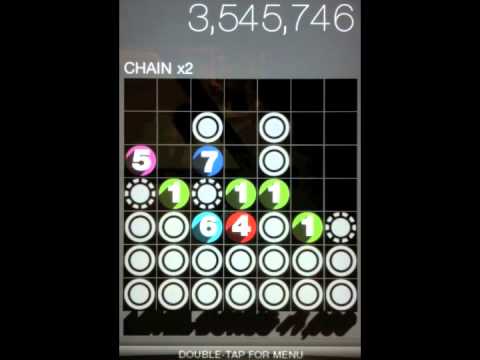 Everyone enjoys playing a simple game to pass the time, and Drop7 is the perfect game for this. The purpose of this game is to match colored discs in columns or rows by dropping them.

The final objective is to obtain as many chain combinations and collect as many points as possible before the board fills up. You’ll find that Drop7 is the ideal game for passing the time, with settings that are either tranquil or fast-paced. 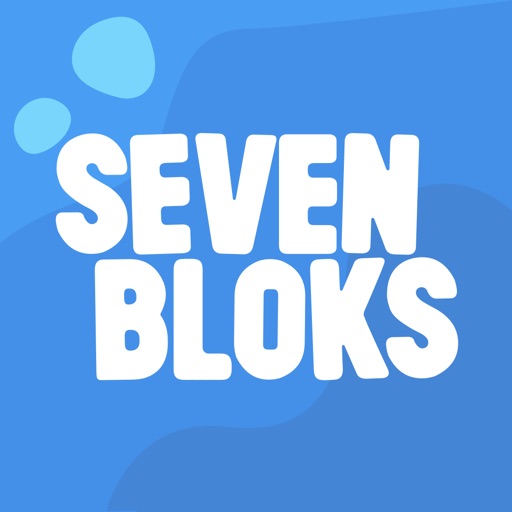 This ingenious puzzle game is similar to a combination of Tetris and Sudoku. The rules are elementary. You have a 7×6 grid filled with squares containing the numbers one through seven. When a numbered block appears in a column or row with the same number as itself, it is eliminated. If it clears adjacent to a white block, the white block will crack and break, revealing a numbered block.

Similar to Tetris, the objective is to prevent the blocks from going over the top while accumulating points. Simple, but constantly challenging amusement. Everything but the leaderboards can be played offline, making it an ideal game to play while waiting for an appointment or traveling by train in a region without Wi-Fi. 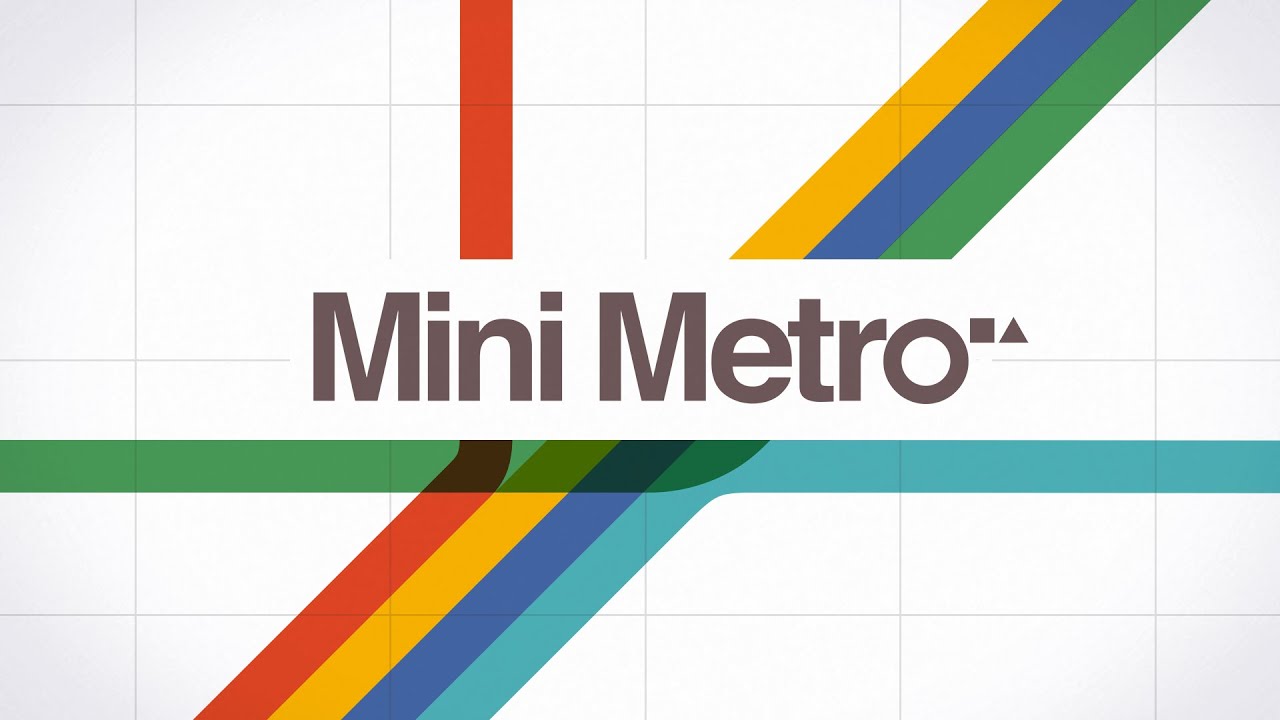 Mini Metro is a puzzle game with a great interface that allows you to construct your own mass transit system. Using actual city maps, you can design your own lines connecting various stations. You have a limited number of lines and trains and a growing number of stations, so you must put things strategically. If customers wait too long at any station, you will lose.

The maps and style are simple and aesthetically pleasing, resembling the appearance of minimalist transportation maps prevalent in large cities.

If you own an iPhone and are a fan of music, then you click on the link mentioned below:

These are the best offline games for iPhone that you can play in your free time. If you like our article or have any queries regarding it, do mention them in the comment section!

Check out? Best Apple Arcade games for 2022 iPhone and iPad

No comments to show.